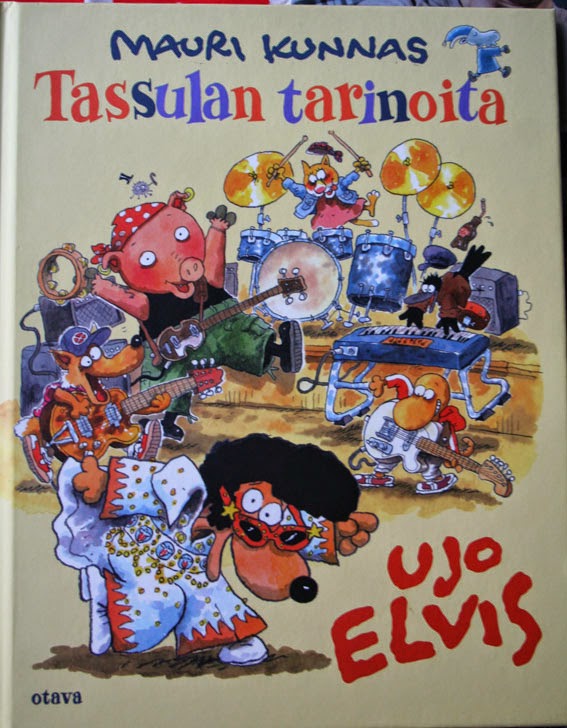 
Pawchester Tales are stories about Mr. Clutterbuck’s home town. The town has many characters and naturally Mr. Clutterbuck shortly visits every story.


Elusive Elvis
The first story’s main character is a shy mailman who knows all about Elvis. Pawchester is preparing for the tradi
tional summer fair. At the closing party, everybody is looking forward to hearing Pawchester’s finest little rock band – Ince True and the Mentals. But the band has a problem: they do not have a lead singer. How to get a shy person to perform?


Lucky’s Best-Ever Xmas Present
The second Pawcherster Tales book is a Christmas story. Little Lucky has every toy and gadget imaginable. His dad thinks that the more toys a child has the happier the child is. Not so. Lucky’s dad has been buying Christmas presents since August. Does Lucky get the best Christmas present ever?

Seven Aunts and a Hidden Treasure
Seven Aunts and a Hidden treasure is the third story in the series. Mr. Clutterbuck’s great grandmother Cicely Clutterback turns 100 years and all Mr. Clutterbuck’s aunts join the festivities. Aunt Effie tells a story about a long lost treasure and all the kids get excited. A greaet Hunt begins. The story ends in Brazil and the Wolrd Cup in Soccer.