Messi and Mystery Everything will be all right 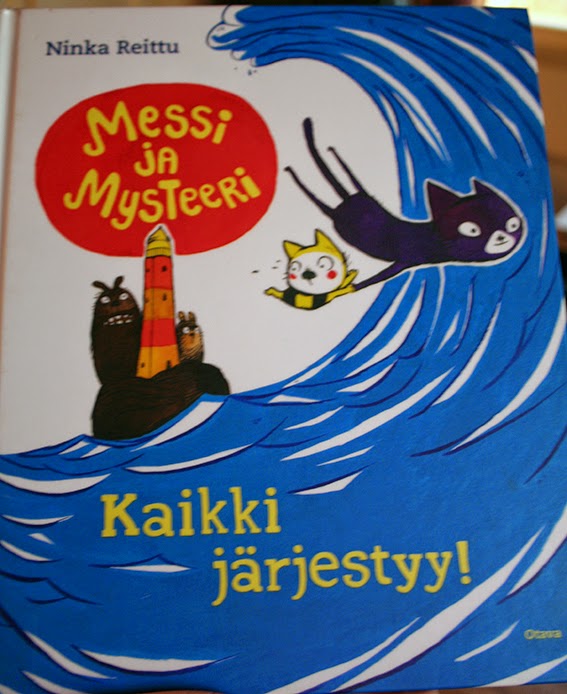 The Ylä-Kattinen family are going to visit Grandma by train. The middle kitten Messi is often in his/her (again we do not know if Messi is a boy or a girl, because of the pronoun "hän" that can be used for both. I'll use he for clarity) own thoughts and gets into the wrong train. At first he panics, but then he meets  Mystery, who promises to take Messi to Grandma's.

All of a sudden Messi hears two dogs talking about kidnapping and a lighthouse. A little detective in Messi wakes up and he peaks to see who is talking. The dogs notice him and start chasing him. 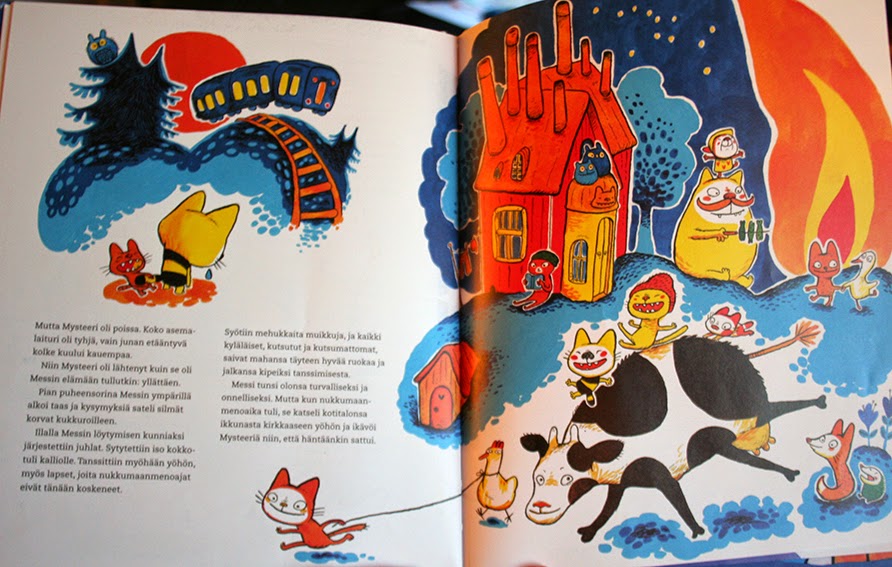 Messi and Mystery run and run until they reach market place, where a sales woman drops pies for them to eat. Both fall asleep on the pier. A seal wakes them up and tells them, he knows where the lighthouse is and takes them there.

Messi's parents are waiting for him at the railway station. And everybody is happy to see him. Mystery is vanished and left Messi a message that they will see again.

This is a first book about Messi and Mystery.
Posted by Hannahippo at 7:43 AM