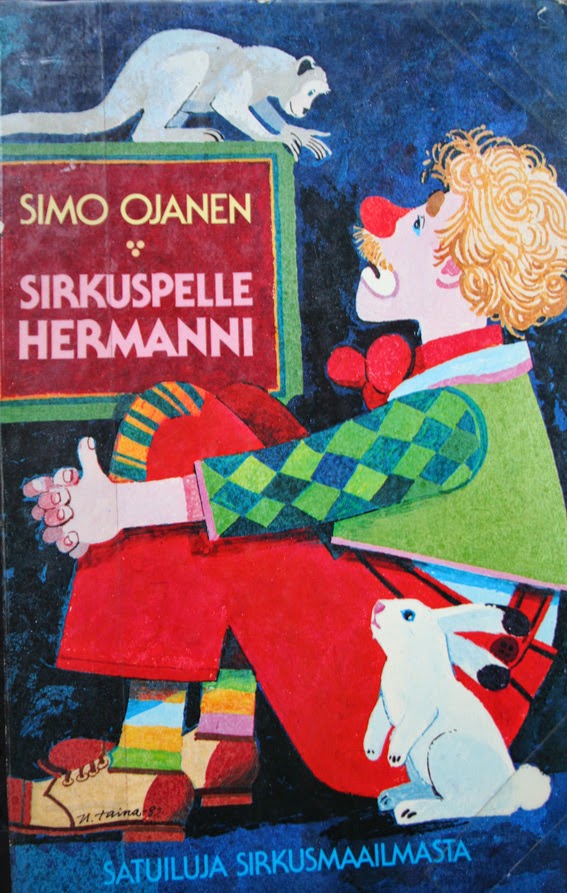 Pelle Hermanni is one of the most beloved characters of Finnish Television. Circus clown Hermanni aired 1978-1988 and he was played by Veijo Pasanen. The program was written by Simo Ojanen

All the books have short stories about Hermanni and his friends. The TV-program utilizes clowning very well, in the books it is somewhat lost. There are funny elements: clumsiness, silly words and such, but the books do not reach the warmth and humor that the episodes have. In the TV-series Hermanni speaks to the viewers as if they were there. 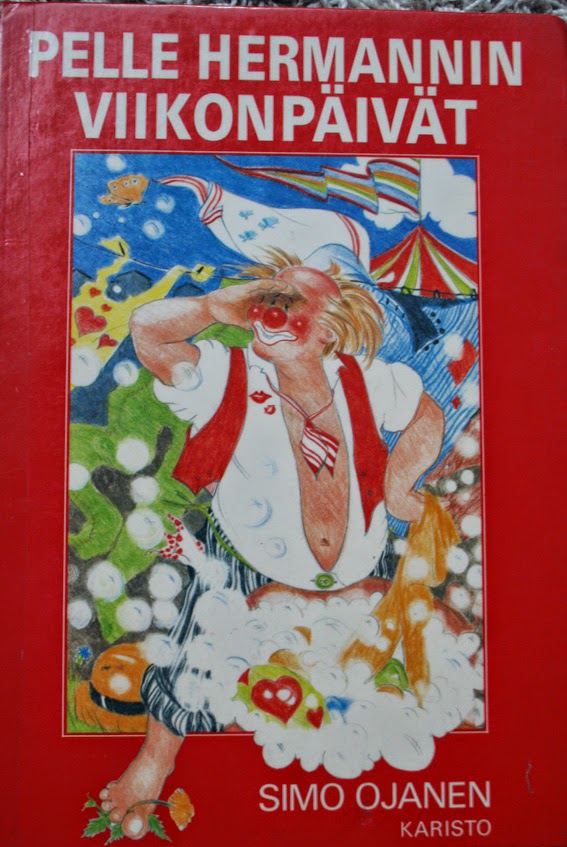 In Sirkuspelle Hermanni (Circus clown Hermanni), Simo Ojanen tells about Hermanni’s past. His grandfather’s grandfather had been a clown. His father has left them to walk around the world. Hermanni’s mother lives in another city and is very dear to her son. Hermanni writes her a letter once a week. The first book introduces other characters in the circurs: Magician Max, Fortuneteller Sylvia, snake charmer Susanna, animal tamer Carlos, daredevils Roome and Rami, aerialists Jani and Semi and the circus director Juuso. Hermanni tries to propose to Sylvia every Friday, but something always happens and he isn’t able to propose.

The book has 11 chapters, where Hermanni loses his hat, needs a friend, takes care of Carlos’s animals, learns how to swim, visits a farm, gets lost, writes to Mother, thinks of changing careers, has serious people to circus and has a day off.


In Pelle Hermannin uudet seikkailut (The new adventures of Clown Hermanni), Hermanni meets a boy that has gotten bad grades at school. Hermanni is sick and the doctor orders love treatement. Hermanni loses his hat again, misses his mother, counts animals and tries the trapeze.


Other stories include Hermanni finding a child, a space ship visiting the Circus, Hermanni doing the laundry, receiving a package, Hermanni’s saunaday. Again Hermanni tries to propose to Sylvia. 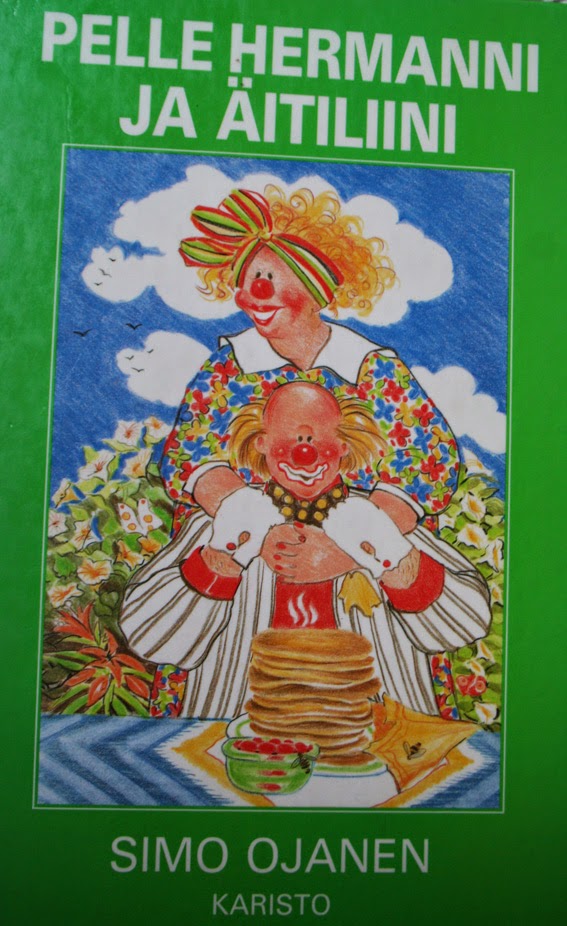 Hermanni ja Äitiliini (Hermanni and Motherlein?) also has several short stories about Hermanni. The theme here is Mother’s birthday, which Hermanni attends. Hermanni is proposed by the strongest woman on earth. Hermanni leaves to visit his Mother and Sylvia joins him. There is a story about preparing for the party, one about the party. Last two stories are about Hermanni finding a dog, which then gets lost. 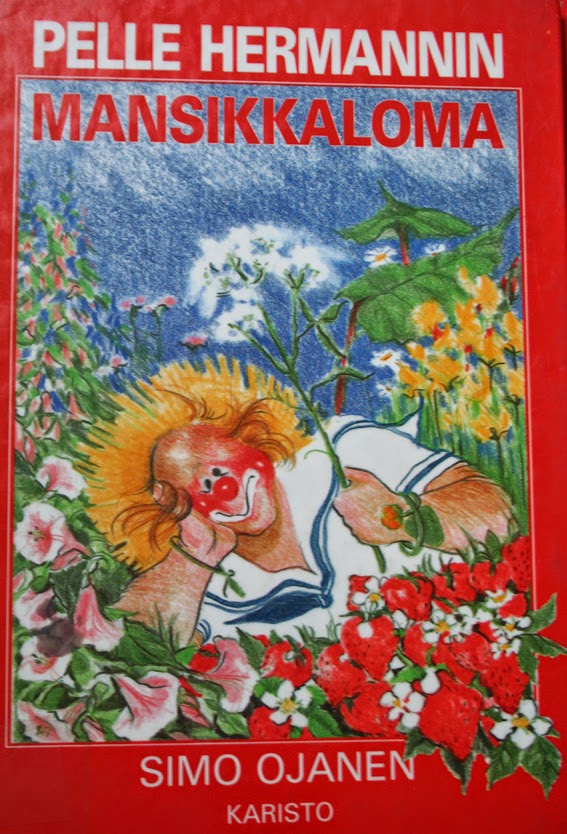 In Pelle Hermannin mansikkaloma (Clown Hermanni’s strawberry vacation) the doctor orders Hermanni to take a vacation, which he hasn’t done in years. Hermanni gets in trouble in an observation tower, in a forest, where his is picking blue berries and at sea, He looses Sylvias lock of hair, writes a poem to a summer party, buys Sylvia a souvenir and gets back home, where the lion has escaped his cage. Hermanni returns the lion back to his cage, while everyone else is too afraid.

Posted by Hannahippo at 7:28 AM