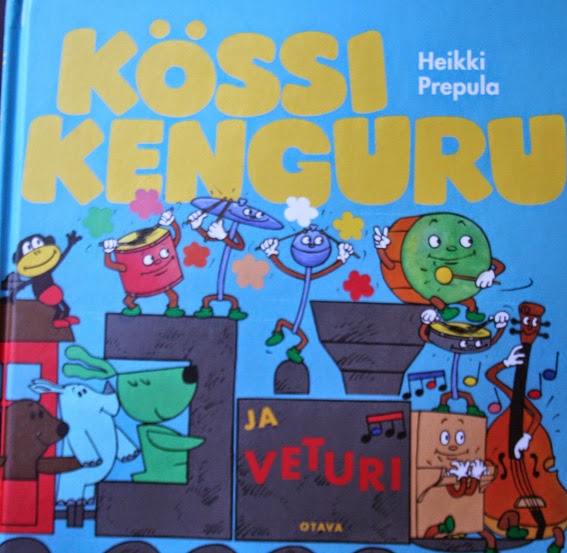 Kössi goes to the beach to see his friends: Masa the mole, Anselmi the space monkey, Allu the alligator and Sasu the rhinoceros. On his way he bumps into a train that makes funny noises. 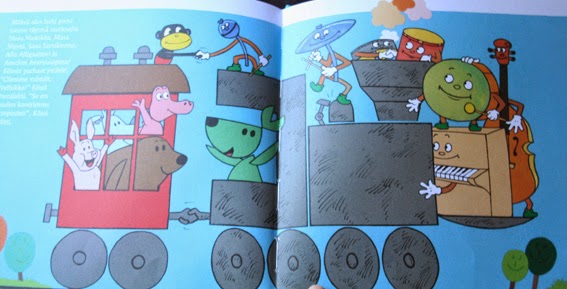 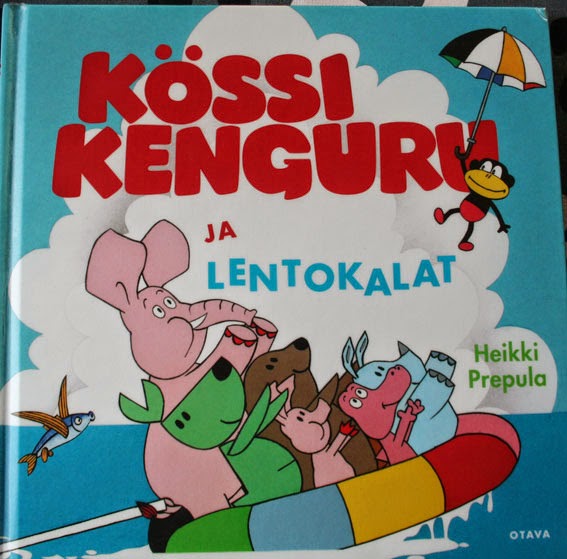 Anselmi the space monkey has landed on a tiny island. Kössi with the rest of his friends decides to rescue him. 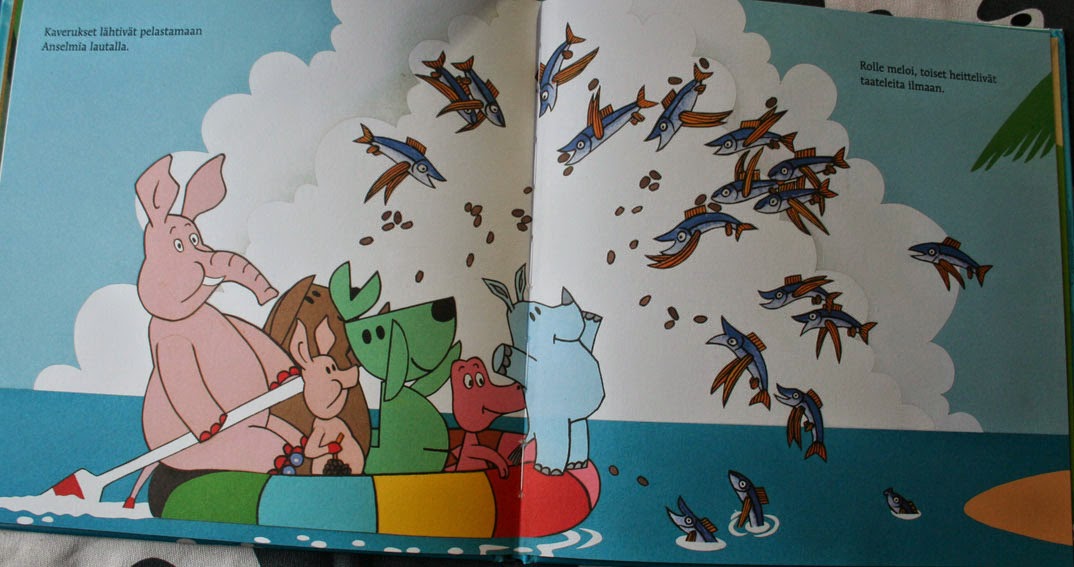 Kössi the Kangaroo is a Finnish animation that was aired in 1968-1978 by YLe. Here is a link to the 2D animations. Later on came a few more episodes. The creator, Heikki Prepula made the animation all by himself. The books are illustrated in the same style.
Posted by Hannahippo at 7:35 AM