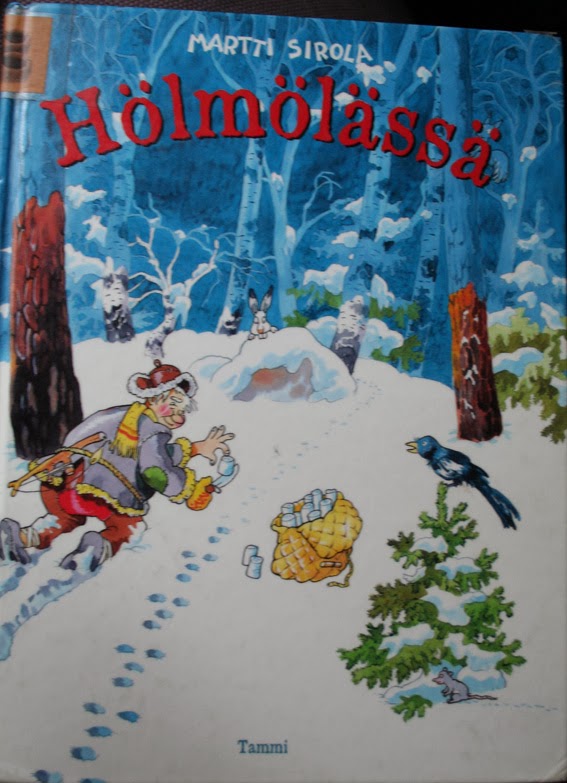 In the Finnish stories Hölmölä is a village, in which live humoristic stupid. The nitwits are known all over Europe. In Finland the stories were told to mock, in a friendly way another group that lived nearby. Hölmölä isn’t an actual place, but a fictional place, where people try to figure out every day problems. The people living in Hölmölä think thoroughly before they start anything. They try to avoid damages as much as possible. Their train of thought is a bit odd and slow, but it is ok, because the Hölmölä people are hardworking and honest. They are silly, but they are not fooled by anyone. They are fools by their own actions. Their attempts to be reasonable lead to silly stories that are laughed at all around Finland, but not in Hölmölä.

The classic stories of the people in Hölmölä (or hölmöläiset in Finnish) are the following two:

Light to the cabin 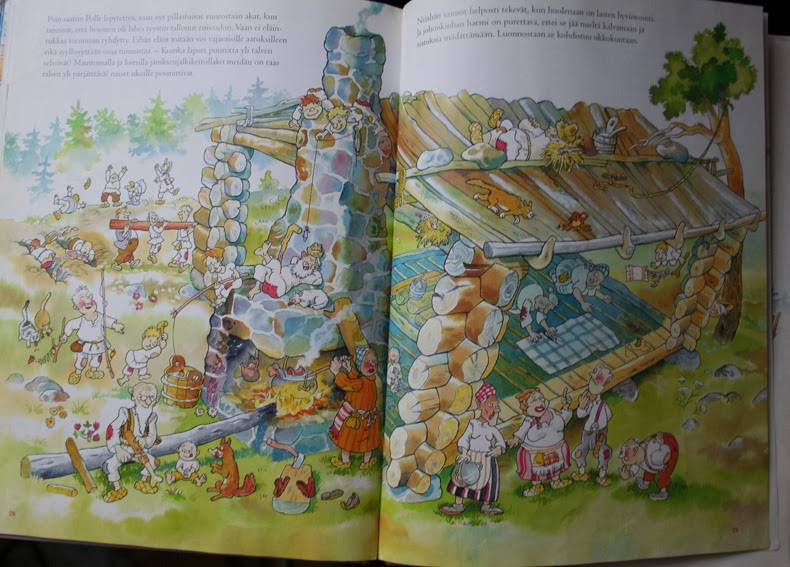 The hölmöläinens built a house, but they forgot to make windows. Now they wanted to have light in the cabin. Back in the day there was no electricity. They thought and thought about it and finally some had an idea. The world is full of light and they have bags. What if the men would carry the light into the house and the women would carry the darkness out of the house. Soon they were running around, carrying light in the bags. Matti (an everyday Joe in Finland) happens to visit Hölmölä every once in a while and saw the hölmöläinens carrying light. One of the villagers told Matti what they were doing. Matti thought for a while and made a suggestion. The hölmöläinens talked about it and decided to listen to Matti. Matti took an ax and cut a small hole to the wall. The hölmöläinens went insdie and saw light coming in through the window. What a great idea! Once Matti was gone, the hölmöläinens wanted to enlarge the window. That way there would be more light. They cut Window larger and larger and soon there was no wall left. But this was not enough, the hölmöläinens wanted more light. They cut down another wall. Still this was not enough and they started on the third wall. Then the house came down. The hölmöläinens were sad since they did not have a cottage any more. But that’s ok, at least they had light.

The women in Hölmölä bathe
The Hölmölä village had a thriving field of wheat. Among the wheat was a lot of blue cornflowers. And as the wind blew, the field looked like a glossy gold and blue lake. Seven Hölmölä women were waking by and thought the field was a lake. They had become sweaty waking in the straight sun light and they wanted to swim and cool down. It did not matter that they did not know how to swim; they did not need to go deep. Their hands would reach the bottom if they stayed in the shallow water. The Women took off theur clothes and walked into the lake. The others saw that it was not deep at all. It would be a great place to roll around and swim. They swam for a while and got dressed again. One of them began wondering if anyone had drowned while they were swimming. One of the women started counting but counted only six women. Then the woman counting noticed that she had not counted herself. So she started again: I, one, two, three, four, five, and six. Still only six. She counted again. Six. The women started crying and wondering who drowned. Matti was walking by and asked what was wrong. The women told him. Matti suggested that they put their noses to the ground and count the holes. The women did that and luckily there were seven holes. No one had drowned and the women were happy.

These stories were very popular when I was a child. Today I think the kids hear the modern people doing stupid stuff, so they do not have to read about fictional goofs.
Posted by Hannahippo at 11:01 AM