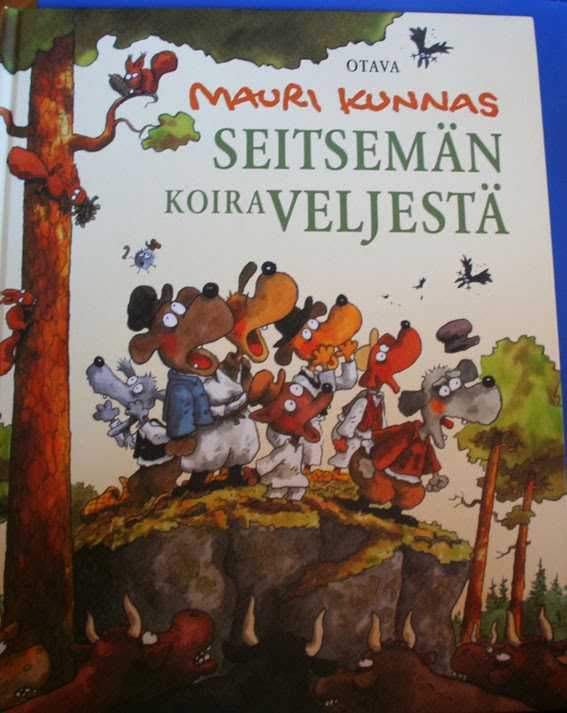 
This is written at the back of the book:
"Learning simply will not penetrate the thick skulls of the canine Jukola brothers. Should the young dogs live free in the wilds or in the community, adhering to the civilised ways of men? This is the constant wrestling match that occupies the minds of Juhani, Tuomas, Aapo, Simeon, Timo, Lauri, and little Eero. The original novel of The Seven Brothers is the masterpiece by Finlands national writer Aleksis Kivi, a work still entirely topical some 130 years after its first appearance. Mauri Kunnass canine version of this much-loved Finnish classic will delight both children and older readers."
Posted by Hannahippo at 7:38 AM