The folks of Maple Cottage 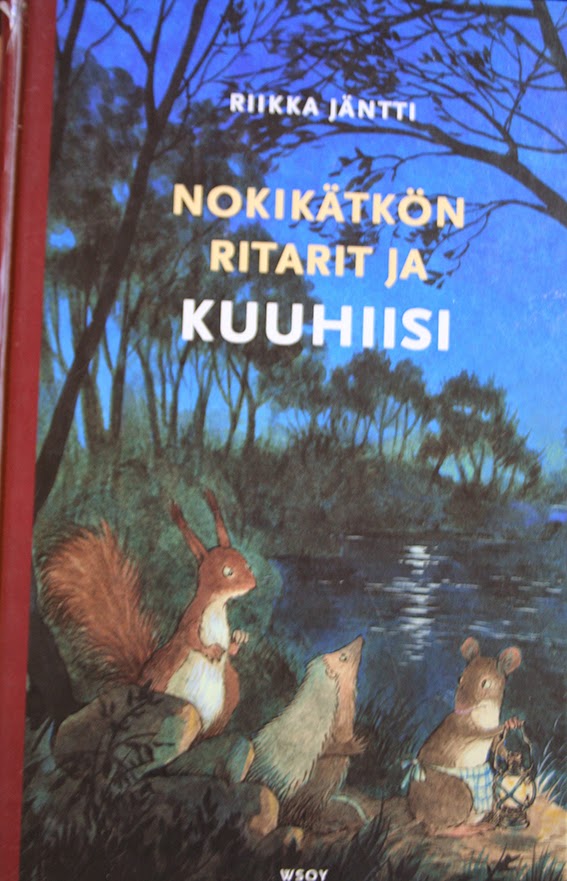 The Maplecottage folk remind me of Brambly Hedge by Jill Barklem. But instead of English rosegarden pastels this book series is colored more in Finnish dirt road tones. Some illustrations in the books are printed in sepia. These tones fit well into the adventures of Toivo, a hedgehog, Nökö, a squirrel and Iiris, a mouse. Toivo means Hope in Finnish.

What does it say about the cultural differences that hope is female in the English speaking world and masculine in Finland?

(The knights of Sootcache and the Moon demon)
Nökö the squirrel and Toivo the hedgehog are ordered by Nökö’s big brother to remodel the kitchen of the Maple cottage. Iiris the mouse is hired as help and she finds a cave at end of the wood burning oven. In the cave, there is a strange bundle full of maps. The three friends form a knighthood to solve its mysteries.

The knights ask help from Old Mrs. Rabbit and she tells them to go ask the tenant of Ratt Manor (Rottalan kartano). They also learn about the legend of Mouse Mountain and the Moon demon.

The story is exciting and here is a plot spoiler: someone dies.  I couldn’t believe it. In children’s book someone dies! In the next book is the funeral so I had to. The events happen in August, when the nights get darker but still is warm. (The folks of Maple cottage and a dangerous beast)
Nökö and Toivo ground a headquarters to the tower of Maple Cottage. They do not have much time to spend there, since Nökö’s brother orders them to collect mountain ash berries and mashrooms. IIris is acting in a play.

When the snow finally falls the three of them have time they fix a boat at Rat Manor’s shed.  In the big forest has been seen the footsteps of a big beast.


The Mouse Mountain Newspaper doesn’t write about anything else but the beast. The town council sets a curfew in the night time. Since it is winter, the folks cannot get out much.

Everyone tries to capture the beast and in the process the shed burns down.

The story is about how rumors get the best of people and mass hysteria isn’t always that far away. The book also teatches about Media reading skills. About how to interpret the somewhat dramatic headlines that are supposed to sell more magazines. 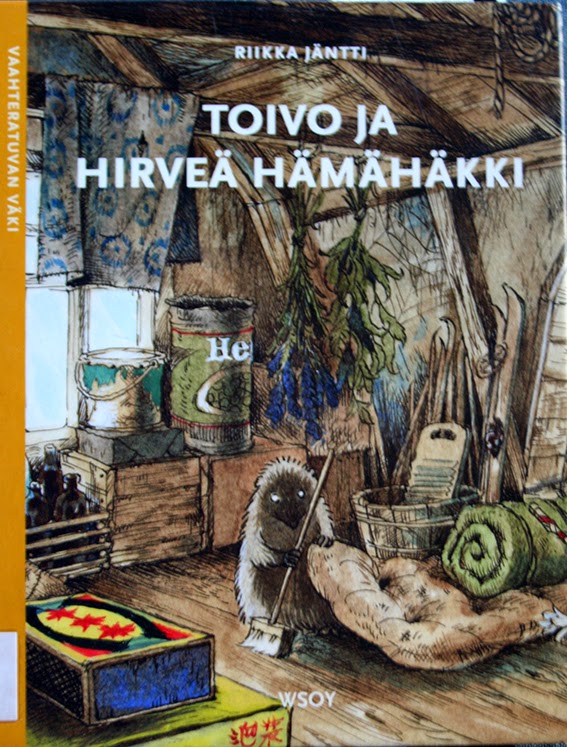 (Toivo and horrible spider)
Spring is comming and Maple Cottage is full of action. Nökö, Toivo and Iiris are sewing a hot air balloon to see the world. They have enough fabric, but they are running out of thread. Tovio finds incredibly large cob web in the attic and he finds the sewer itself. Toivo has nightmares about the creature. It has to go, but nobody knows how and the creature won’t negotiate.  Then Nökö has the idea that maybe the spider can help them.


This book is smaller in size and has bigger illustrations than the other books in the series. In this book perticularly the earthy tones work well. Early spring is quite brown, when nothing is not yet growing and the snow is melting away. 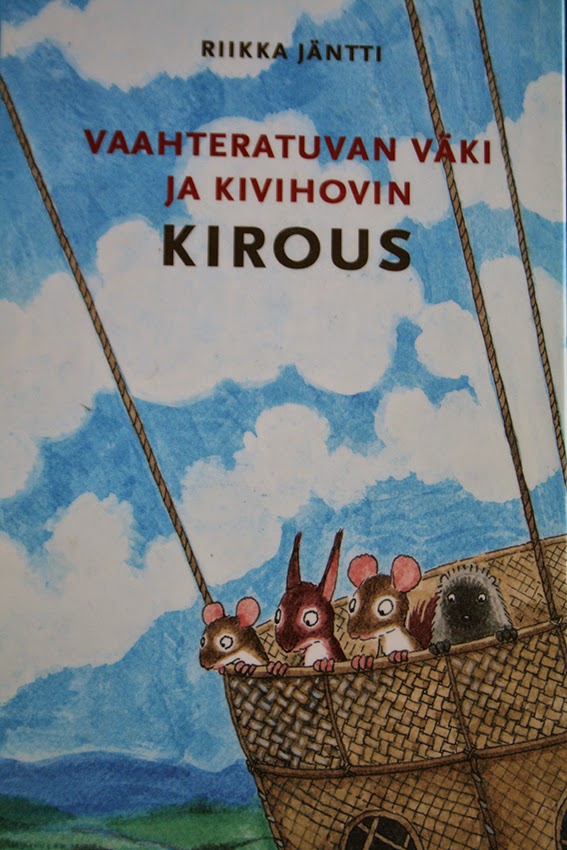 (The folks from Maple Cottage and the curse of Stone Palace)
Nökö, Toivo and Iiris have finished the hot air balloon and travel all the way to Stone Palace. Toivo picks up a rose and unintentionally gets cursed: “You get lost, vanish, disappear, are forgotten and never get back home.”. Everyone is trying to undo the curse.