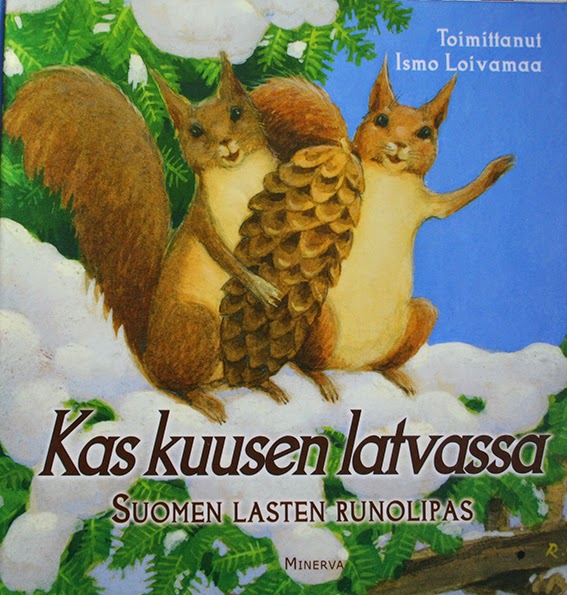 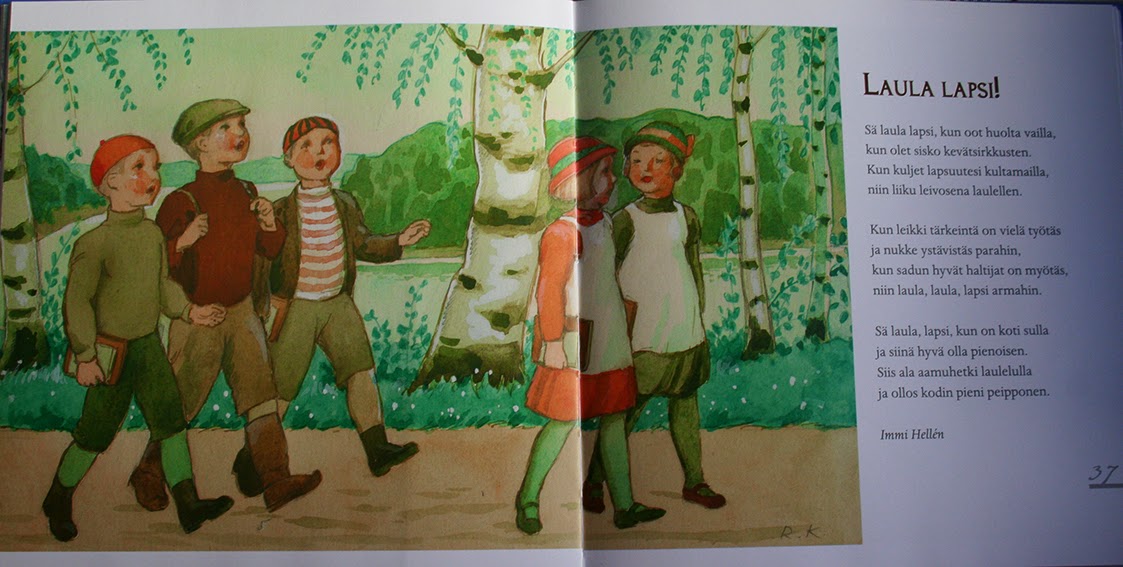 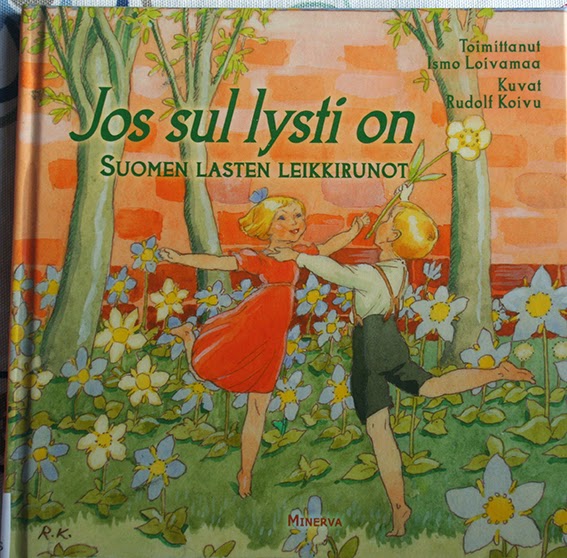 Three different collections of nursery rhymes and poems. The illustrations to all three books are made by Rudolf Koivu (1890-1946), one of the most beloved childrens illustrators in Finland


At the top of the spruce (Kas kuusen latvassa)

- The poems of Finnish children
This collection  tells what the Finnish childhood is made of: good mood, home, warm arms to hold, games and nature. The poets of this book are familiar to Finns: Sakari Topelius and Immi Hellen just to name few.  Many of the poems are more known as childrens songs: Such as "Kas kuusen latvassa" and "Maan korvessa kulkevi".

Jos sul lysti on (If you' re happy)

- the playing poems of Finnish children
These poems were used in children's games. The poems take the reader to summery beatches and wintery hills. The poems are familiar to many generations.


In the book is also an american poem that still is sung in Finland "Jos sul lysti on". Some of the rhymes are from Sweden and they haven't even been translated. An example  is "olle, dolle, dof", which at leas in our games is used to deciding who's turn is it. 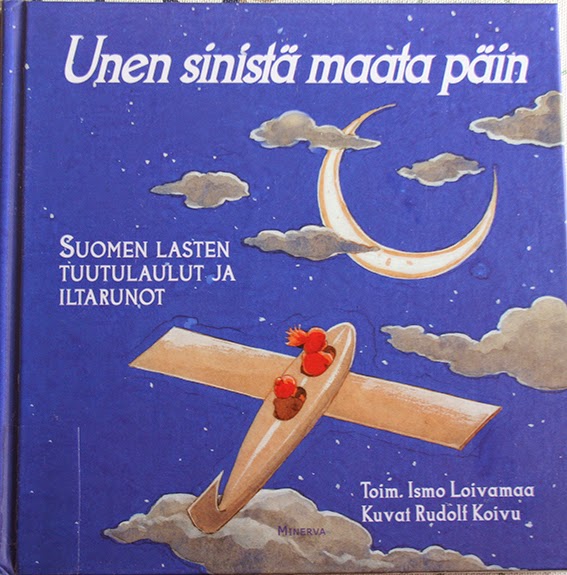 Unen sinistä maata päin (Toward the blue land of sleep)

Again these lullabies are sung from generation to generation.  These poems are written by Immi Hellen, Kirsi Kunnas, Martti Haavio and Hannele Huovi. 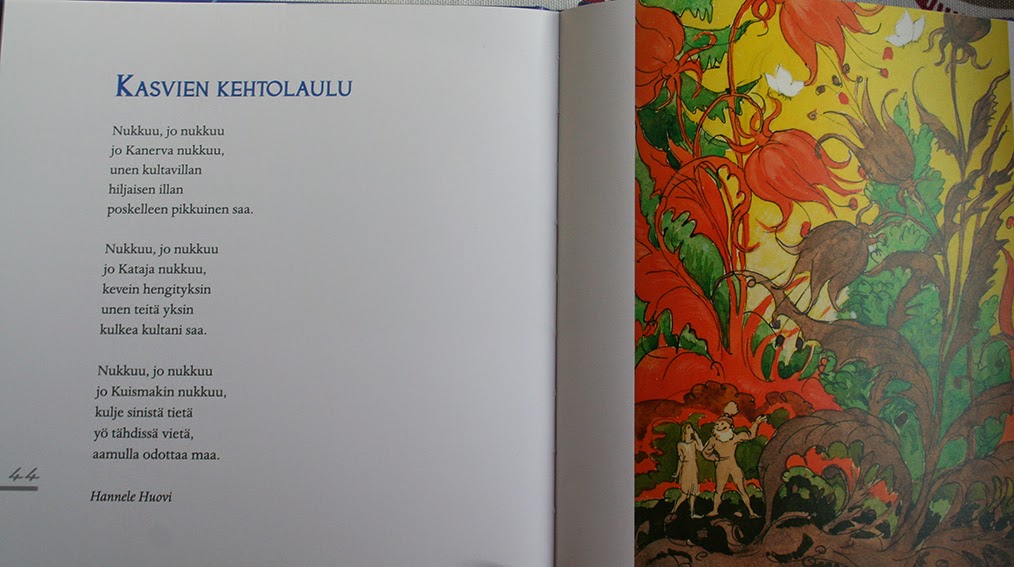 Posted by Hannahippo at 7:12 AM