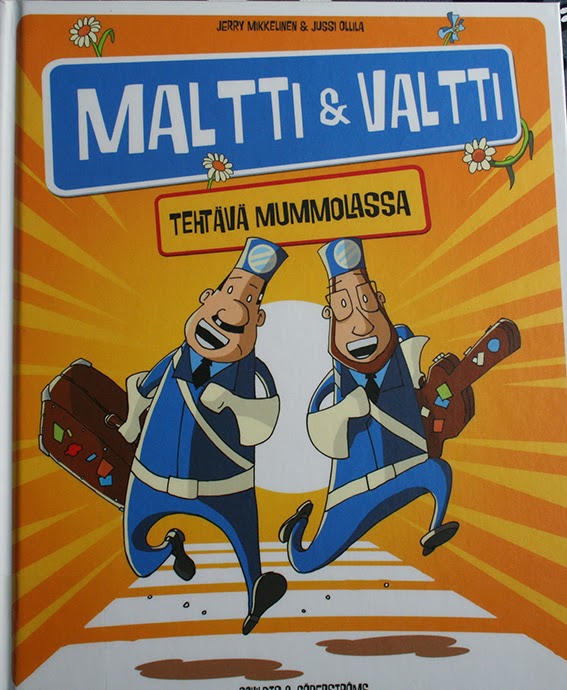 Maltti and Valtti (Moderation and Asset in Finnish) are Traffic park police officers that are always getting into trouble themselves.

In this book they receive a mission from Grandma. They almost do not even get there, because first they forget their bus money. Then Valtti gets an idea to play his guitar and make some money.

Then the money gets stolen. Maltti and Valtti chase the thug and he is run down by a car. As a reward the real police officers promise to drive them any where they want.


At Grandma's house there is always so much to do. Maltti and Valtti forget what they were supposed to do. They remember when Grandma calls and tells then she is coming home early. Maltti and Valtti are very sorry they forgot their mission.

Grandma isn't upset, she is very understanding and happy that Maltti and Valtti are there. They even found a book that had been missing for a long time.

Maltti and Valtti is also a tv-series at Pikku Kakkonen. In the tv-series Maltti is played by Jerry Mikkelinen and Valtti by Jussi Ollila.

The tv-series started a new season this fall (2014). Previously the scenery of Maltti and Valtti takes place in the Traffic Park. The new episodes are assignments that the two of them have to do. The assignments are what to do, when you are afraid of the dark and what to do when you have lied.