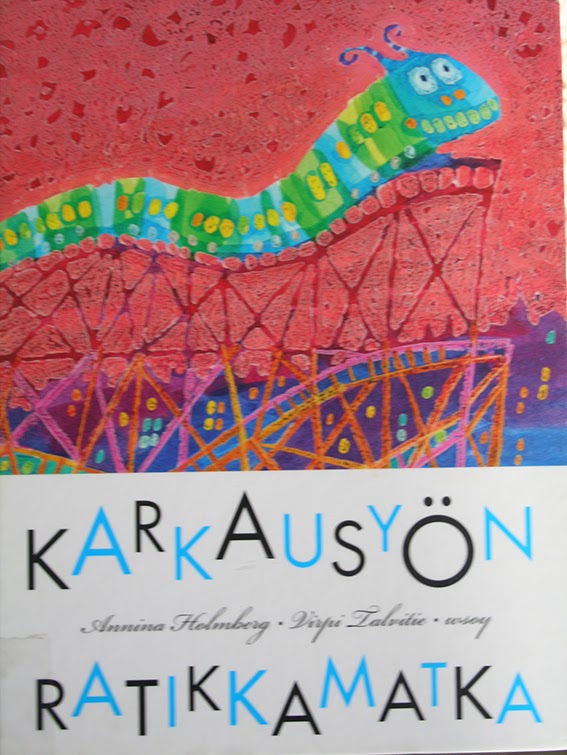 On leap night everything is upside down: the city does not belong to the people, but to a tram which flies through the city like the stars in the sky.

The Tram turns to Katajanokka, where the icebreaker Tarmo has engaged Sisu, speeds into Töölö, where a horse chestnut shakes nonsense (hölynpöly) around and makes people laugh.

The tram listens to the birds at Linnunlaulu and continues to Hietaniemi, where the beauty of the cemetery was dark and melancoly. At Ullanlinna  the tram celebrates with the robust rat and the formless pug and in  Käpylä the tram meets cone cows.

The enamored tram realizes that the city has feelings, too. The story is  fairytale like confession of love to the city of Helsinki.

The story is full of delicious details, such as the horse chestnut shaking nonsense (hölypöly) instead of pollen (siitepöly), roteva rotta(robust rat) and muodoton mopsi (formless pug). I definitely look at Helsinki a different way now.


I had never heard of the magic of the leap night before and I guess the story could have taken place on mid summer eve night as well. The the city is silent and beautiful.  Now that I think of it leap day is February 29th, there is no pollen then so nonsense is good to be spread then and not later in the spring.