The elf, who was afraid of Christmas 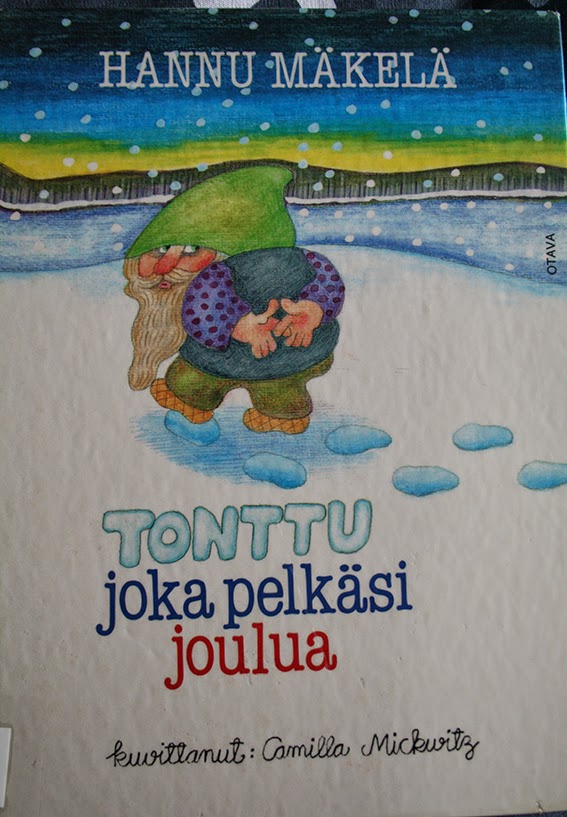 The house elf enjoys winter: he likes sledding, skating and building snowmen. The elf just doesn’t like Christmas, he knows what it is like, when Santa gets mad. Every year the elves have to report their work to Santa in order to get paid. Sometimes Santa yells so loud that even the wolfs run away.

The house elf is stressed because he has to do so much before Christmas. He has to build the presents and nowadays the children wish for difficult things. The elf does not know how to make them. Maybe he has grown old. The kids want all kinds of toys and apparatus they see on TV. 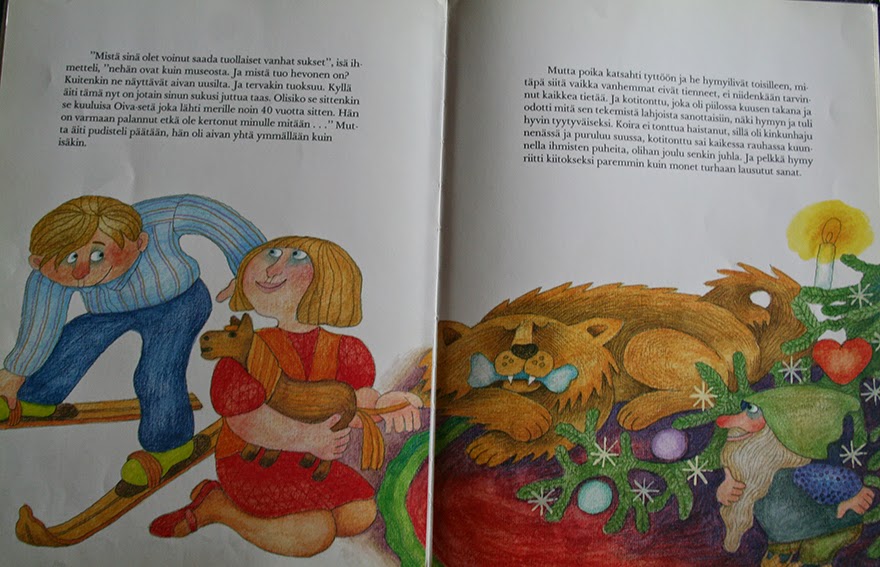 A squirrel brings the gift list from Santa. The Elf is distressed about a video game, he has no idea where to start. Suddenly the family dog notices the elf and starts barking. The kids see the elf. The elf is very scared of the dog, but the girl takes him in her arms and comforts him. The elf tells the girl about his troubles. The girl is sure that their parents buy the gifts. None the less the girl wants to help the elf. The kids bring the elf some rice porridge and wish for simple gifts.

At Christmas eve the kids receive skies and a wooden horse. They smile at the elf and that is a thank you enough for him. The house elf is pleased and goes bathing in sauna.

Posted by Hannahippo at 6:54 AM