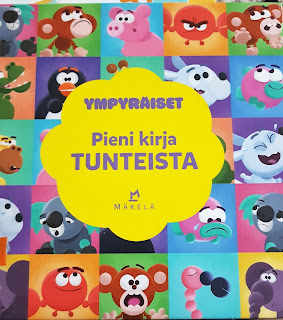 I previously wrote about Rounders, which teach kids about emotions.

This small book collects all the animals we read about before.  The Angry Crab, frightened penguin, nice giraffe. My personal favourite: zen flamingos.

As I so many times repeat myself: all humans need to word the emotions, so they can understand themselves and others. For example: if you encounter an angry person, do not let them suck you into their anger. Recognize their anger and realize there might be other reasons than you, which make them angry.  Fear is another important emotion to be recognized. Many time fear creates anger. 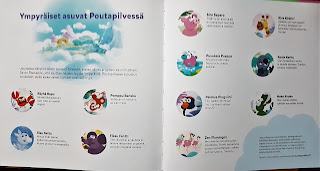 I heard that the Finnish hockey team won the world championship, because the learned how to talk about their emotions.  Now we need to teach the parents by the hockey rink to do the same and not to rage to the referees and opponents.

Posted by Hannahippo at 8:30 AM