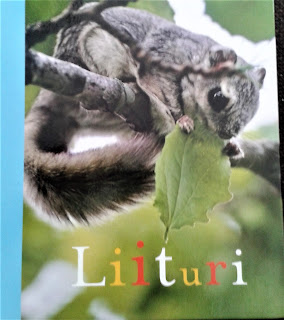 Glider's son wants to see the world. His mother thinks, it is too soon. The book is written is rhyme and the photos tell the story of the life of the flying squirrel.

At YLE Areena you can see a film about the flying squirrel in Finland. At least in Spring 2018.