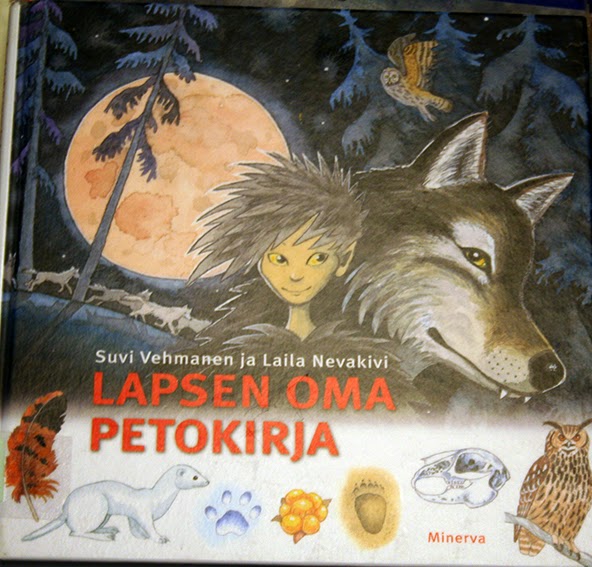 A wolwerine Hanna is making a nest for her offspring. She invites Miihkali, Virve and Ylli to her new home, and the cubs are born into the snowcave.

One night Miihkali hears the wolves. He and Virve go visit them. The wolves are starving and are worried about the trolls, who are after them. Miihkali and Virve tell Ylli about the wolves’ problems with the trolls.

The wolves gather to discuss what to do: there is an injured elk and the wolves smell the trolls, they too are somewhere near. The wolves debate whether to run or hunt. They decide to get some food.

The trolls hear the wolves and they fight among themselves if they should hunt for the elk or go after the wolves. The elk hear the troll’s bickering and leave.

The wolves catch the injured elk and everyone gets to eat. On their way home, the trolls attack and capture small cub, Hermanni. Ylli arrives just in time to defend Hermanni. The trolls blame the wolves for stealing their food. It turns out that the trolls have been making up stories about the wolves. Miihkali and Virve arrive with the wolf pack. The wolves and the trolls make a deal: the wolves will teach the trolls how to hunt and the trolls stop chasing the wolves.

Spring arrives and the nature blooms, birds are singing. In June the wolf cubs investigate their environment as do the wolverine cubs. Wolf mother tells about bears and foxes. Miihkali promised in winter to weasel and stoate that he’ll play hide and seek with them in the summer. In the winter he thought that it was too easy for them to hide. It is not easier to find them in the summer either, because they change color. Ylli is hiding with lynx at the top of the tree. Ylli returns to his family and the leader wolf promises that he can take Hermanni with him. Hermanni is domesticated and his offspring will be dogs.

At the end of the book is a menu for predators: the appetizers, main courses and deserts. There is also pictures of the tracks and droppings of different animals, so even if you do not see the animal itself, you can see witch animal has been walking in the forest.

Basically this book is about wolves. The other beasts are described briefly. The illustrations of the book show also other forest animals and vegetation.

Posted by Hannahippo at 9:12 AM