The winter of ringed seal 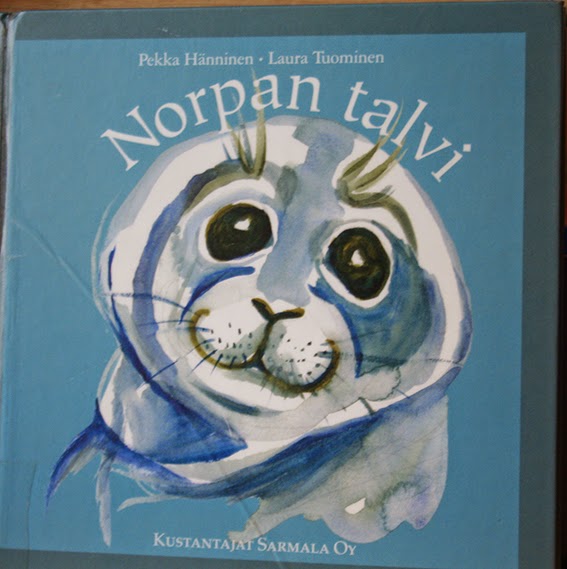 It is the seals first winter alone. All summer its mother had taken care of him and taughtaught it that best place to catch fish is by the shoal. She also told that the seal pup to take care of the breathing holes in the ice and never to swim far away from them.

In the winter the seal pup is afraid in his cave. The ice makes strange noises and when he goes fishing, he does not catch anything. Then he meets another seal. The female pup does not want anything to do with him, winter is hard enough alone. The seal pup thinks she is Pretty and names her so.

Soon the seal pup gets used to the darkness. He prowls fishes behind a large stone and investigates the neighborhood. He even catches a large pike. One day he sees a school of perches and follows them. Pretty has also seen them and together they follow the fish. They get lost and do not see any breathing holes. The seal pup sees an image of his father, which had been caught in the fishing net and died. The seal pup does not give up and realizes there a lot of light. That means that ice has become thinned. He accelerates and smashes a hole in the ice. They are saved.

At the end of the book several ringed seals are introduced: Saimaa, Ladoga and the Baltic sea has their own ringed seals and all of them are endangered. The Saimaa ringed sea is very endangered mainly because of fishing nets and snowless winters. Volunteers have been making banks of snow, so the seals could have nesting places.

Posted by Hannahippo at 9:37 AM