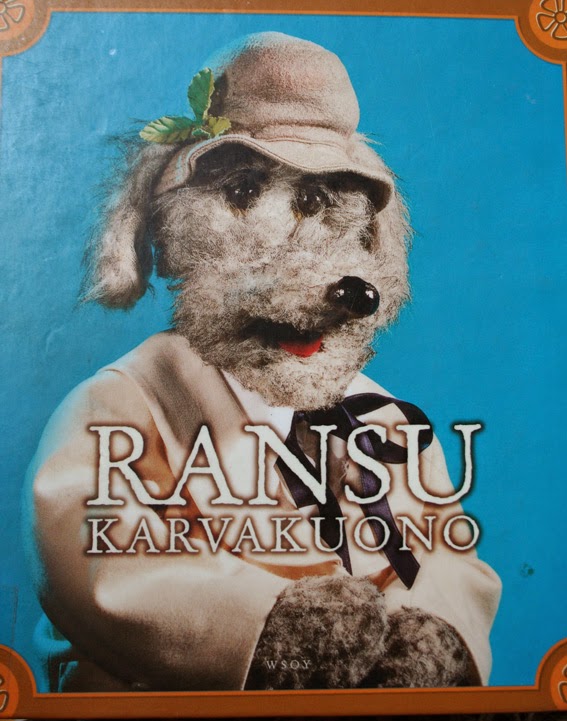 In 1977 aired a new children’s program Pikku Kakkonen and in 1978 Eevaliisa was asked about a suitable co-host for the program to help in the making of the program. Fransiscus, the videoretriever (Canis Videotus), was just right. Although his name was too formal so they decided to use his nick name Ransu. 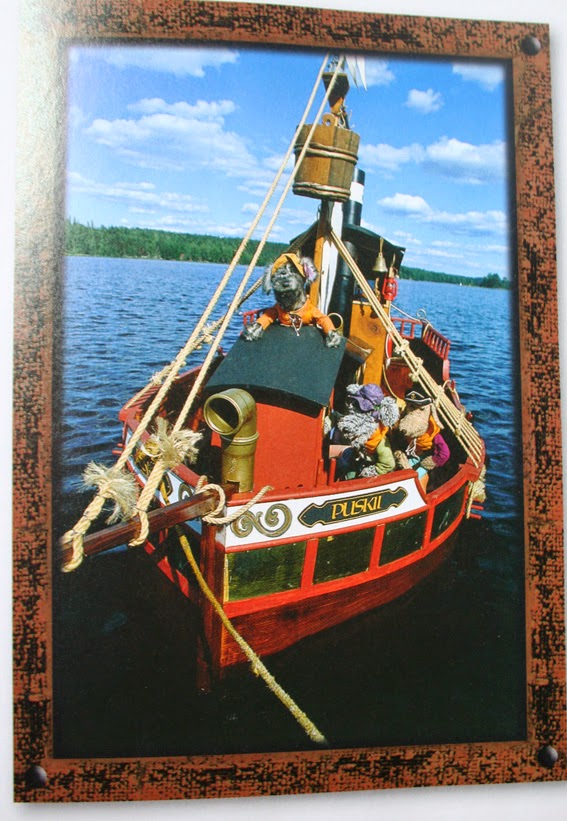 Ransu hosted with several people: Pekka, Ansku, Janne and Jukka. Later on came his dog friends Riku and Uncle Elmeri. The three of them travel all over Finland, sailed with a steam boat and acted in plays. Ransu played saxophone, Riku clarinet and Uncle Elmeri sousaphone.

With Ansku Ransu learned about different countries and the languages that were spoken there.


With Pekka Ransu even flew with the desk. In his book, Ransu tells how it was taped.

In 1981 Ransu took part in charity. He co-hosted HAASTE81, which collected money for disabled children in development countries.

I guess every Finn that is over 30 knows Ransu.  Today Ransu's master Pertti Nättilä is retired so Ransu is not seen that often. Insted his relative Riku is now working at Pikku Kakkonen. Riku is a bit more straight forward. He is paired up with Rami, they hosted Pikku Kakkonen for a while and had a cooking program. In that Riku only wanted frakfurters and Rami had to persuade Riku to taste other foods. 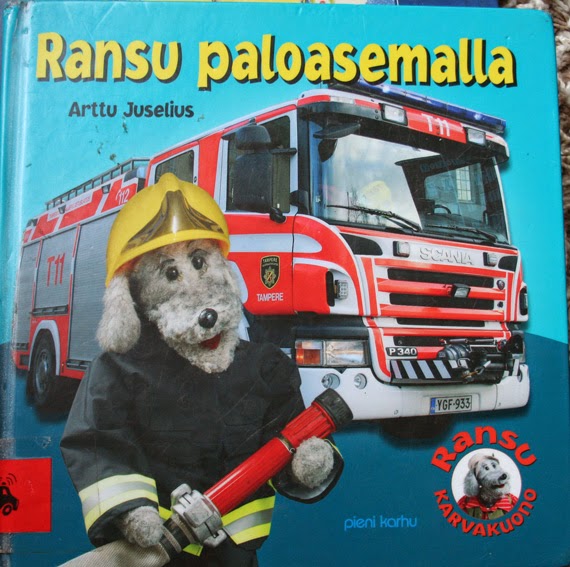 Ransu at the fire station Ransu smells smoke and calls the emergency number. The fire brigade comes and it turns out that there was only food left on the stove. Ransu is invited to the fire station to learn what the firemen do. He is shown their gear and the different vehicles . This books teaches also, what can be done to improve fire safety and what to do when there is fire.