Doghill Martha and the Chirstmas pageant 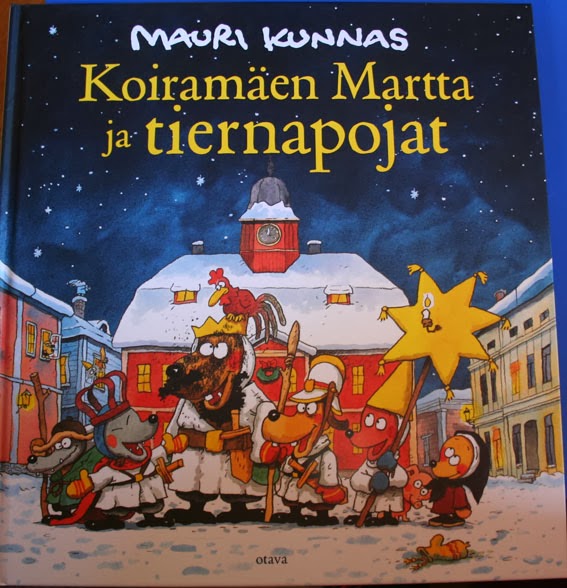 Martha and her mother visit Porvoo just before Christmas. They catch a star boy performance that does not go exactly as planned. The story line is guaranteed Kunnas style. Again a wonderful book for children to “accidently” learn a little bit of history.

The Starboys (Tiernapojat - the Finnish word comes from  Swedish sjtärne meaning star) are originally from central Europe, to Finland it came in the 18th century. The musical play was first played in Oulu, where it then spread to other parts of the country.


The Finnish version contains a praise to Tsar Alexander. I have seen the play several times and I have never heard praise. Maybe it was edited during the cold war.  In any case this book has the lyrics, notes and chords of one version of the play. It is also pointed out in the book that there are several versions of this play.

Posted by Hannahippo at 8:53 AM