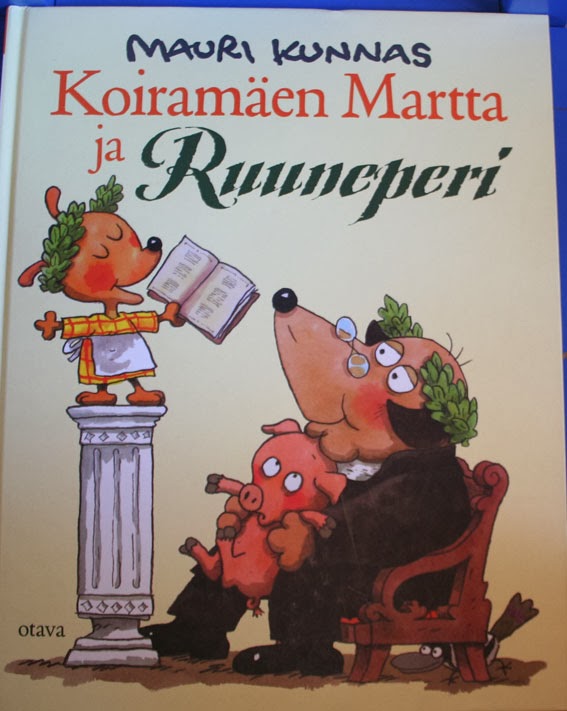 The cliff notes are not used in Finland. But here is a book that summarizes the corner stones of the beginning of the Finnish literary culture. The book introduces the most noted poet in Finland: J.L.Runeberg. Creating havoc with him are Elias Lönnrot, J.V. Snellman and Zacharias Topelius. All of them are notable contributers to the Finnish literature.

In this book they speak Finnish, but in real life they were all Swedish speaking men. The little dog Marta acts as a muse to Runeberg and also saves the men from Cossaks.

Mauri Kunnas also points out that Mrs. Runeberg might have been a great writer, if she didn’t have to manage the household. She still managed to write something. 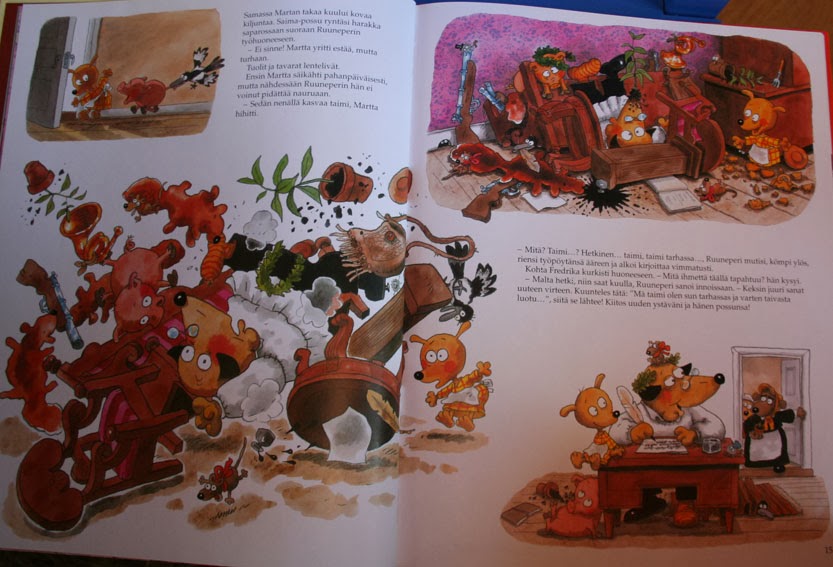 Some of J.L Runeberg’s works are introduced in this book:

Maamme – The poem used in Finnish national Anthem. A tribute to Finnish landscape and mentality. 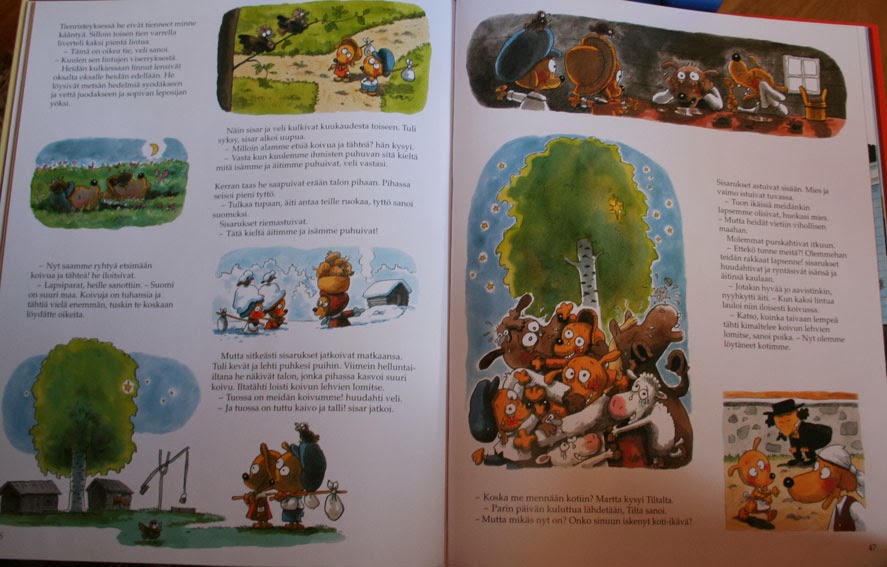 Vänrikki Stoolin tarinat: Sven Tuuva: A goofy like soldier that participates in the Swedish army. Note that the story is situated in time, when Finland was part of Sweden. Or more correctly: Finland was one of Sweden’s provinces.

Koivu ja Tähti – a story of two children that are taken to Russia (implied, never said) and want to come home. All they remember is a birch and a star. Seems to be a lost case, but the children find their way home.

The book also tells about, how Elias Lönnrot collected poems for Kalevala. Mauri Kunnas made a Canine Kalevala version of that epic.