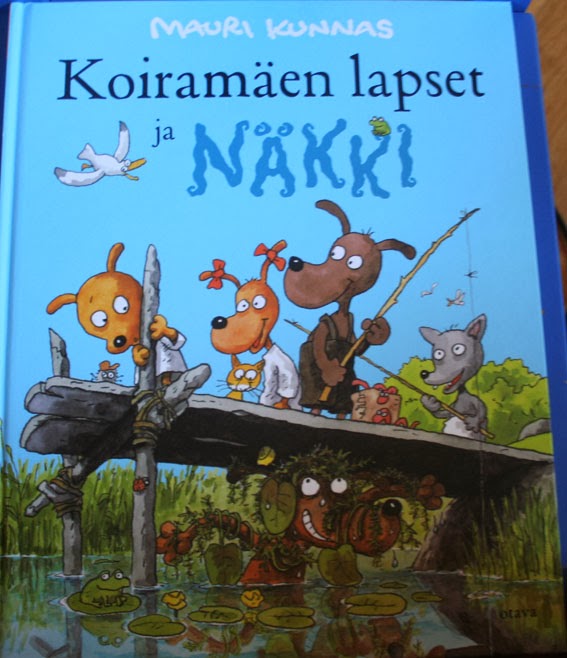 This book introduces some of the folk tales that people used to tell, when there was no TV. The urban legends before the digital age.

There is a new hired man in Doghill. He plays tricks on the kids and tells stories of fairytale creatures that live among us. He scares the kids few times, but in the end he learns his lesson. 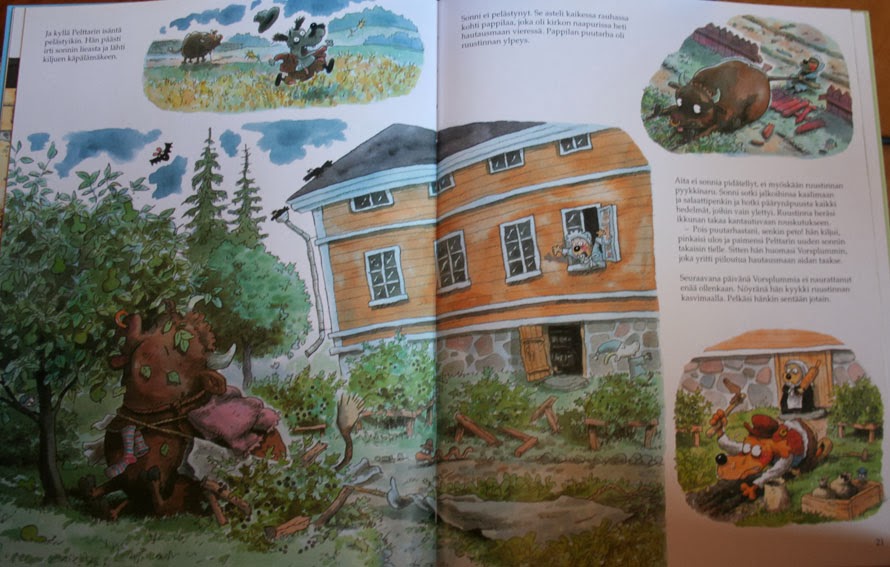 The original title is “Koiramäen lapset ja Näkki”. The Finnish name Näkki refers to the spirit of water that was used to scare children not to play alone near water. Other stories include a wife that is afraid of thunder, a golden treasure that was exposed by white fire. My favorite is the undertaker that has a nick name ferless. Well he is afraid of the preacher’s wife.  Which in my opinion is scarier that all the ghosts and spirits.