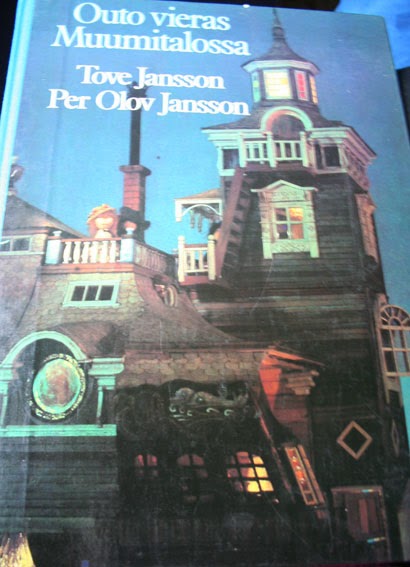 Jansson, Tove 1980
This was my first contact with the Moomins. The Japanese animation came around in early 1990s and has become more or less the norm of how Moomins are seen. When we read this book, my four-year old son asked why does Stinky look so odd.  I had to remind him that the first Moomin story was written in the 1940s so the characters are interpreted by many people, so they may look a bit odd from time to time.
Maybe it’s because this was the first book I read about the Moomins, it is my favourite Moomin book. It’s the house: the pictures are actual photos taken by Tove Jansson’s brother, Per Olov Jansson. The house was buit by Tove Jansson, Tuulikki Pietilä and Pentti Eistola in 1976-1979.

Today the miniature house can be seen in Tampere Art Museum. 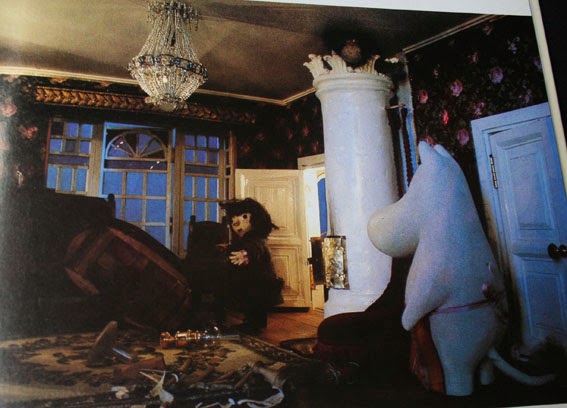 The story is begins, when late at night little My smells something funny and starts to look for the reason. Soon the whole house is up looking for the source.


Moomins are a big thing in Finland. The Moomin wolrd in Naantali is on the list of must see places of many kids. The Japanese are very enthusiastic about Moomins as well,  in Moominworld many Japanese couples have gotten married.

Posted by Hannahippo at 7:57 AM