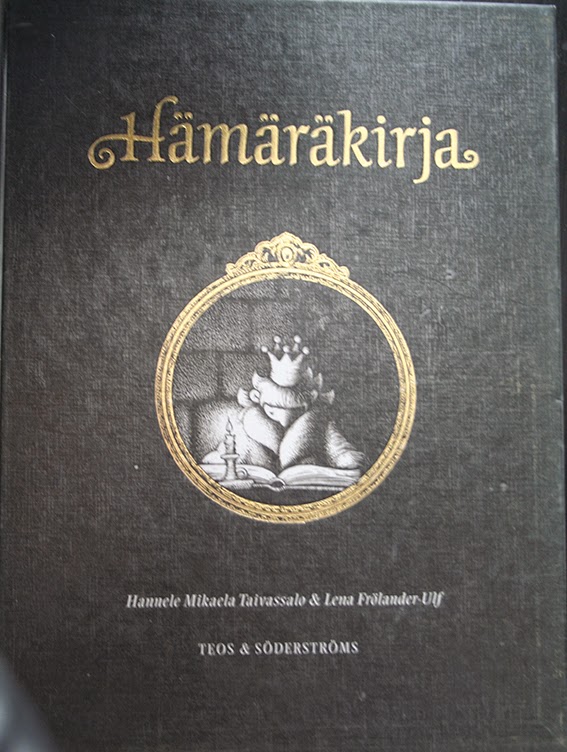 At thunderstorms strange noises make you imagine things. Princess Small the thunder does not bother, she wraps her hair into small knots, carefully picks her nose and buries herself in her book. The walls are thick and the gate is locked. An owl hoots worries. Marshall of the court worries and wonders who is hooting. Is a wizard, who is after the castle’s treasures? Or is it thieves and trash? The Marshall hurries to Princess Small, she must be worried. But she isn’t. The Marshall tells her about all the scary things and frightens himself. Princess Small is not scared, there is nothing out there. The Marshall jumps when the owl hoots again. Doesn’t Princess hear it? Princess Small hears and feels smaller.


Night after night Princess Small remembers the Marshall’s stories and worries find her. Maybe the wizard is plotting with the thief in the darkness of the forest. Maybe a werewolf whispers to the dear with the flaming antlers and all of them gesture toward the castle. Princess Small cannot sleep and tries not to think about anything. She is not happy anymore. Then she gets tired of worrying and opens all locks, doors and windows. The Marshall tries to stop her.

The book is totally black and white, which suits well, since the topic is darkeness. I read somewhere that people have been afraid of the dark as long as there has been people. The lesson to be learned from this black and white book is not to worry. And “we have nothing to fear but fear itself.” I also like that the princess chose the cave over the castle. How many would really do that?