The stolen princess: a fairy tale from Persia 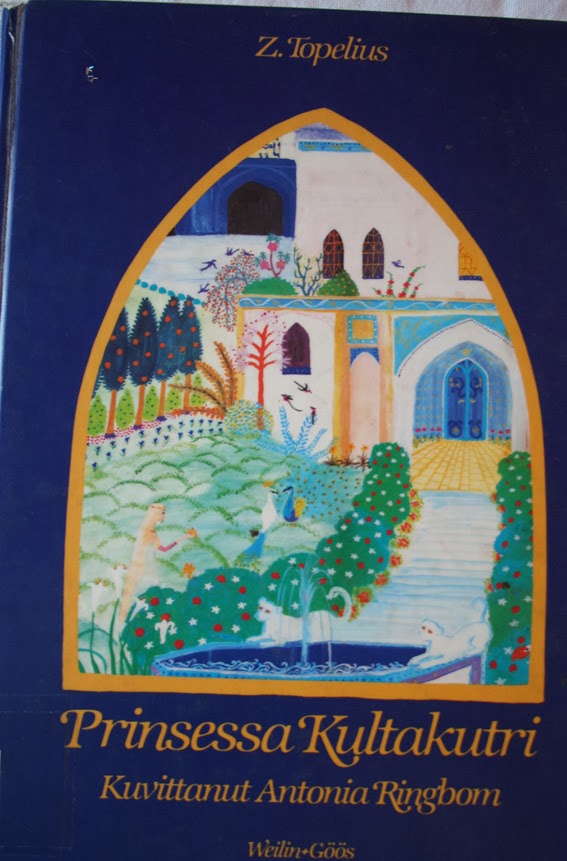 The old Persian king has only one daughter. The daughter is very blond (hence the name Kultakutri = Goldilocks in Finnish), which is rare in Persia. Her mother was stolen from North and sold to the King. One day there is a animal festival where a tiger is killed. The curious princess goes closer to see. But the tiger is a witch from Lapland, whose mission is to rob the princess. The mission was given by Bom-Bali, the old King’s enemy. Bom-Bali is so low that the King doesn’t even want to cut his beard not to mention his throat. 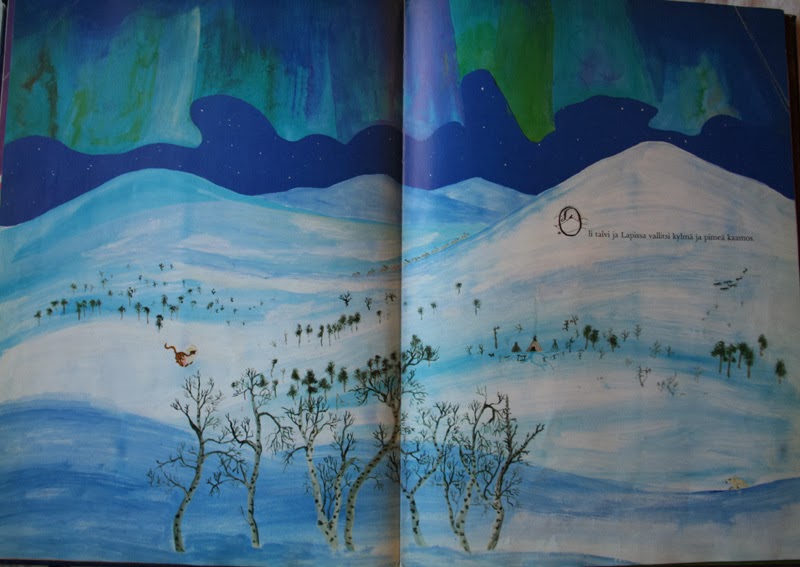 Instead of taking the princess to Bom-Bali, the witch takes Kultakutri to his home and wants her to marry his son. The Princess refuses and the witch tries to break her by closing her into a cave. He gives her only 30 cloud berries to eat and 30 drops of morning dew to drink. He diminishes the portion every day. He also gives her company: mosquitos. The witch’s wife and son give the Princess some reindeer meet to eat. The witch is furious and fnally he turns the Princess into heather. Soon there will be frost and the princess will die. 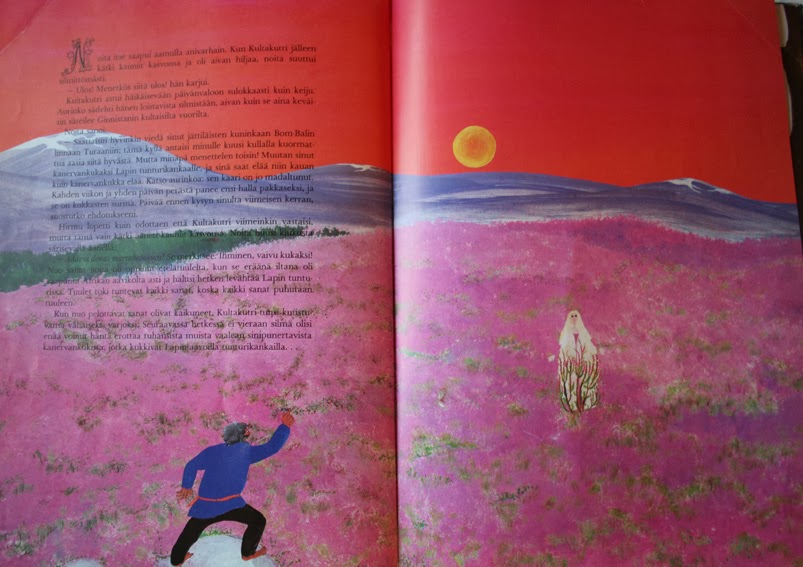 The story was written in Swedish, the original name is Prinsessa Lindagull, in Finish the name is Prinsessa Kultakutri (note that princess is the same in Swedish and Finnish). Kultakutri is also the translation for Goldilocks (and the three bears) so it is a bit confusing. It shouldn’t be: there are lots of Johns out there, but in fairy tales it is disturbing.

The other names in the Finnish version of the fairy tale are odd: the witch is Hirmu, his wife’s name is Pimpendora and his son’s name is Pompenpaturi. But then again it adds a little more mystique to the fairytale than if the names were Jane and Jim.
Posted by Hannahippo at 12:36 PM