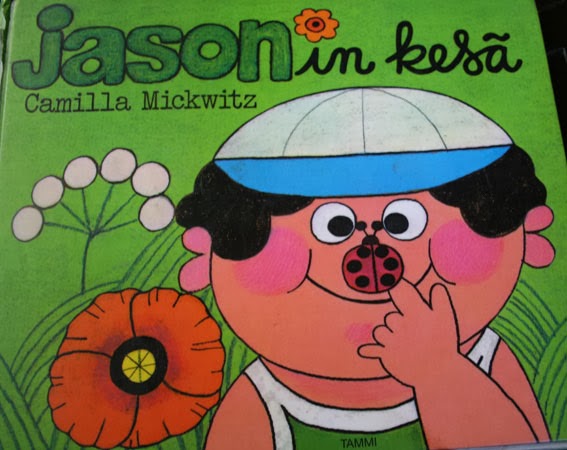 Jason is a small boy, who lives with his mother, Kaarina. His mother works hard in a factory and models nude inorder to make enough money. Kaarina seems to be always in a hurry: in a hurry to go to work and to get home to make dinner. Toghether Jason and his mother watch tv and bake.


There are four Jason books, my favourite is Jason's summer. In this book Jason and his mother take a bus to a Pension. The other guests sit and nobody talks to one another. Jason fixes this and soon every one is enjoying themselves.

In the third book, the factory, where Kaarina works is shut down and Kaarina and Jason have to move out of the country for Kaarina to have a job. Jason is a bit confused, since he does not speak the language. He feels like an outsider, he doesn't understand others and they do not understand him. Jason's motto is: "I have two eyes, two ears and one mouth. But with that one mouth I speak languages."


In the fourth book, Jason and Kaarina live in an apartment house. In the same house lives an elderly woman, who is disturbed by all the noises in the house. Every one in the house tiptoes around her. Jason breaks the ice and soon the angry aunt has other friends in the building. 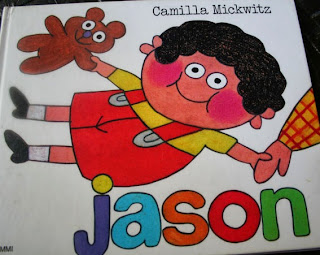 
Camilla Mickwitz wrote another book series about a girl named Emilia and a small witch named Mimosa. Camilla Mickwitz made several animations, such as the look out for weak ice film. She also created the theme for the Finnish children's program Pikku Kakkonen.
Posted by Hannahippo at 8:35 AM