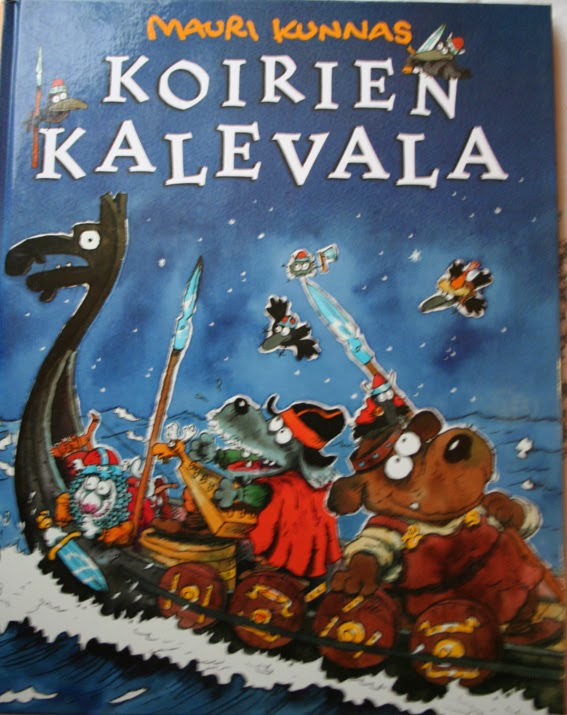 Finland celebrates Kalevala  day on February 28th. Many versions have been made of Kalevala, but my favourite is the Canine Kalevala. The pictures are funny and the story is not so dead serious as the original. Some of the images are versions of the national treasures made by Akseli Gallen-Kallela.

In short, Kalevala is an adventure epic of Väinämöinen. He has a little bit of woman trouble and he bumps heads with many younger men.


This book has also been published in English.


More pictures of the book.  The book's background by Finnish Literature Society. There is also a synopsis of the story.

If you are in real rush, watch this video made by Scott Sandwich about the Kalevala, sounds a little like the Game of Thrones.